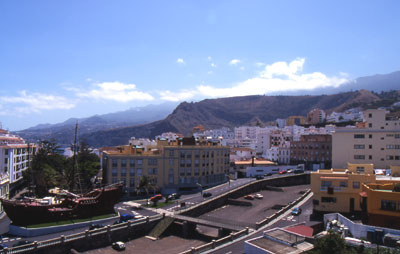 The island of La Palma is the most green and probably also most multifaceted one of the Canary Islands. Amazing 40% of the island are covered by forests - among them are the laurel trees in the north, the rare dragon trees and even a special family of the pine tree which can withstand even streams of lava. And, last but not least, this kind of pine trees look really great on the ash-covered volcanos or whaever is left of them. Less enjoyable hotel colonies are hard to find here - there are only two of these unpleasant places, and even these have probably been to much for the Palmeiros. Instead of constructing more of them, 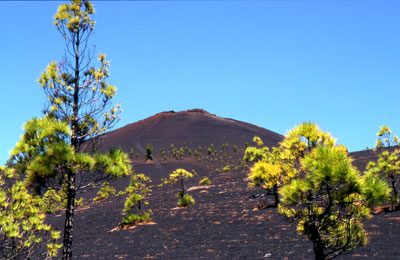 they decide to rebuilt old but nice farmer houses and cottages into comfortable summer residences. Ofcourse these places are more expensive, but where else you are able to live in the middle of a green banana plantation???
But anyway, La Palma has much more to offer. First of all, La Palma owns very clean air which makes it easy to understand why there are a lot of astronomic observatories around the Roque de los muchachos. Furthermore, La Palma is the only one of the Canary Islands which has a river running throughout the year. Anyway the beaches need getting used to the visitors which expect white beaches - 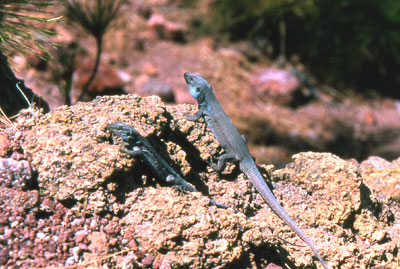 all the sandy beaches, nevermind if big or small, have black sand due to the volcanic nature of the island. There are a lot of small, some kind of hidden, beaches and bays. It is never a mistake to try finding the places where you meet the Palmeiros - who else should know the really good places? At the places of the locals you can usually find simple restaurants, offering not much more than the traditional potatoes cooked in sea water with several Mojos, beer and really fresh and delicious fish. Although these are simple places, it will be hard to find cheaper as well as better food at La Palma. But keep in mind you should be able to speak some basic Spanish to be understood there! Another good opportunity to eat and drink are the many Bodegas, 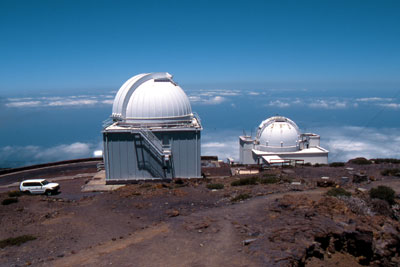 and not forget to taste the local wines which are rather good. Interesting might be also to visit places in the small villages, which offer some specialities like goat. Anyway, be a bit carefull with restaurants having german-written menus - even if the food has not necessarily to be bad, the bill will be notworthy higher than in local places.
What one can do at the island of La Palma. First of all: trekking. No matter if in a height of about 2500m, in the laurel forests, the cloud forests or along the Route de los Volcanos - most of the trails offer great views and a lot of changes. It has its own charme to walk-up the ash-covered volcano hills, although it is a bit exhausting, or to walk across lava fields. 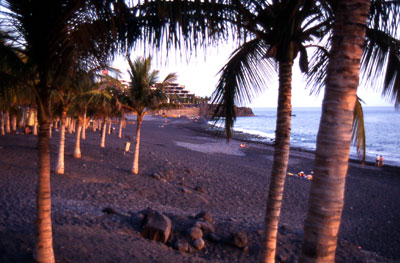 And, there is the national park called Caldera du Taburiente, which is the biggest crater resulting from erosion in the world. If one walked to much in the day, not forget to take a bath in the atlantic ocean or visit the old towns like the island capital Santa Cruz de La Palma.
But anyway, you should decide to live in the western part of the island. The east side will be covered by clouds often. The reason is found in the north-east trade winds which bring the clouds to the mountain chain running from north to south. Otherwise the east side of La Palma has some kind of subtropical vegetation and definitily more green nature. But anyway you will need to rent a car to come around the island, 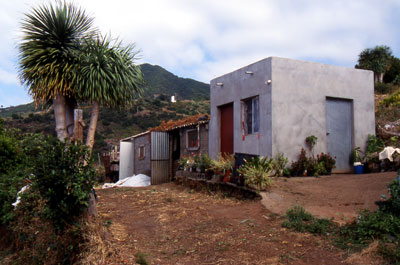 thus there is no need to live under the clouds which you certainly can have at home...
It is recommended to book the accomodation as well as the car from home which seems to be better value - and you will have better insurance conditions while rent the car if you arrive at the island. Keep in mind - big cars might look impressive in the city, but are definitely impractical at curvaceous roads or at forest ways which are called drivable! You can travel to the island either directly by plane or by ferryboat within 6 hours from Teneriffa which shows much more flight arrivals. 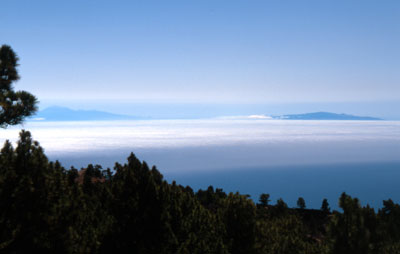 It might happen to be stormy weather while you at the sea, but you also can make a stopover at the island of La Gomera. The climate at La Palma is comparable with a warm springtime having average temperatures between 20°C...25°C throughout most times of the year. In August temperatures may reach easily 30°, while in January it can get a bit cold at 10°C. It is a good idea not to forget a sun cream - while hiking one will usually leave the clouds behind passing a height of 1000m. If you like to visit this pleasant place, you should stay here for at least two weeks, but I think it is not hard to stay longer - it is just a nice place!