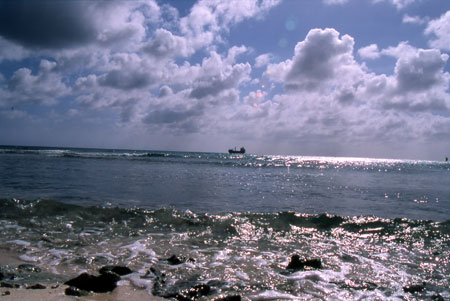 I never heard about the existence of Aruba before I was accepted for doing a presentation at a conference there. The organizers seem to love nice spots, and therefore I spent one week at Aruba. Aruba is a part of the Dutch Antilles located north of Venezuela. It is a part of the Netherlands, but except the fields of foreign policy and defense Aruba does all by itself. Economy is strongly based on tourism and on oil, the average income is 22.000 USD and unemployment is about 1.5% ... 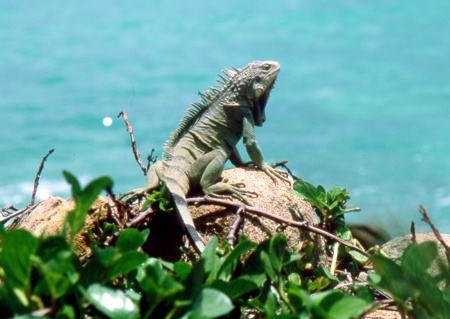 Allthough Aruba counts only 70.000 inhabitants it has is own currency, the Arubian Florin, but US Dollars are accepted like a second currency. A bit surprisingly, Euros are not accepted even Aruba is a part of the Netherlands. To tell something important in the beginning - Aruba is not the place for spending an inexpensive holiday, and it is definitely not the place for backpackers. There are many tourists (app. 500.000 a year), mainly from the United States and the Netherlands, and accomodation is expensive. Expect 100 USD for a double room in a hotel or more. 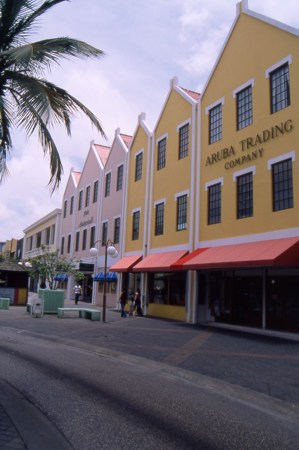 I found some hotels in the capital Oraniestad, a place with app. 20.000 people living in it, which looked less expensive, but I do not know exactly. Food is expensive as well, but there is a big difference between the pubs and restaurants in the 'tourist areas' and the places of the local people. There you will get really good meals for 10€ instead of 20€ in tourist places. And, you will get in touch with the locals - if you are able to understand them. The most spoken Language is Papamiento, a mixture of English, Spanish, Dutch and Indian. Many people speak Spanish as well, while Dutch and English are spoken mainly in the touristic areas - allthough my guidebook told me some different things..., thus, I am not 100% sure about this, but in all local pubs I needed to talk in Spanish or that few words I reminded... Thus, what to do and see if you once there. Again - there are not many alternatives. The most of the tourists are there for goin' on the beach - and there are some beautiful beaches. But, it is not my intention to stay at the beach for hours. The other alternatives are diving - the water there is really clear -, windsurfing or visting one of the many Casinos. If you expect a green island you most probably will be disappointed. The island is a mix of a steppe and a desert - there are even a few sanddunes at the northern coast. No wonder, since the annual rainfall is less than 500 Millimeters - I guess most of the clouds will continue to Venecuela. The main vegetation is formed from all kinds of cactuses and small warped conifers. Looks strange and, but interesting. On some preliminary small islands, you will even find some mangrooves - it is like another place... 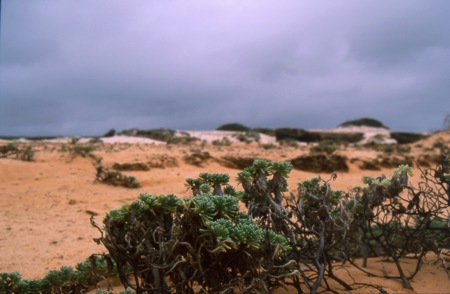 You will see a large number of different reptiles, some looking liek small saurians and a lot of birds - even Pelikans and some Flamingos (bit I guess the last ones were imported...) About a quarter of the island is protected as National Park. There are some nice walks - if the sky is cloudy. Otherwise the sun will probably burn your skin except you have some good sun blocker applied. At the coast of the National Park is a natural bassin which is really worth a visit. Of course, it is not only for visting - a refreshing bath is exactly what you will need after walking through the park. 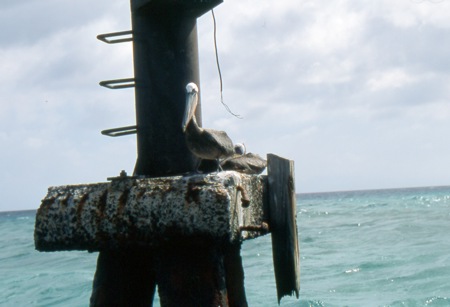 Other things to see are some old ruins at the north coast, some caves, a natural bridge, some indian paitings and the old town of Oraniestad (reminded me of my trips to the Netherlands). To visit all the places rent a car for one day - you won't have to hurry up. To give a summary - Aruba is not a bad place if you want to relax on the beach. There are some things to see and the locals are friendly. But, it is expensive, and you can have nice beaches and some places to visit for less money elsewhere in the world.